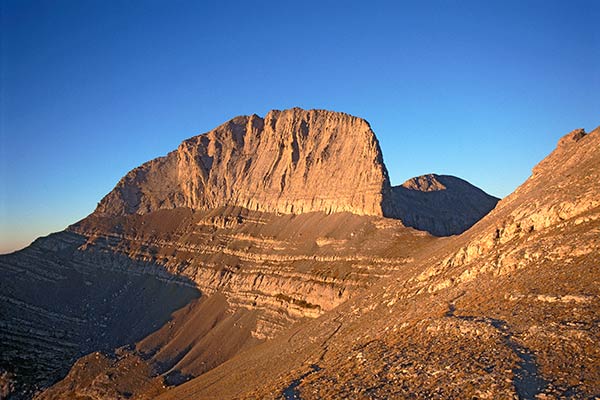 Traditionally regarded as the heavenly abode of the Greek gods and the site of the throne of Zeus, Olympus seems to have originally existed as an idealized mountain that only later came to be associated with a specific peak. The early epics, the Illiad and the Odyssey (composed by Homer around 700BC) offer little information regarding the geographic location of the heavenly mountain and there are several peaks in Greece, Turkey and Cyprus that bear the name Olympus. The most favored mythological choice is the tallest mountain range in Greece, the Olympos massif, 100 kilometers southwest of the city of Thessaloniki in northern Greece. The highest peak - shown in the photograph - is Mytikas at 2918 meters (9570 feet).

The deities believed to have dwelled upon the mythic mount were Zeus, the king of the gods; his wife Hera; his brothers Poseidon and Hades; his sisters Demeter and Hestia; and his children, Apollo, Artemis, Ares, Aphrodite, Athena, Hermes and Hephaestus. It is interesting to note that these Olympian gods and goddesses were understood in ancient times as archetypes representing idealized aspects of the multi-faceted human psyche. Worship of the deities was a method of invoking and amplifying those aspects in the behavior and personality of the human worshipper. Zeus was the god of mind and the intellect, and a protector of strangers and the sanctity of oaths; Hera was a goddess of fertility, the stages of a woman's life and marriage; Apollo represented law and order, and the principles of moderation in moral, social and intellectual matters; Aphrodite was a goddess of love and the overwhelming passions that drove humans to irrational behavior; Hermes was the god of travelers, of sleep and dreams and prophecy; Athena was spiritual wisdom incarnate; Hephaestus was the god of the arts and fire; and Ares represented the dark, bloodthirsty aspect of human nature.

These gods and goddesses did not actually live upon Olympus, rather the ancient myth can be understood to be a metaphor for the power of the sacred mountain. This spiritual power had drawn hermits and monks to live in the caves and forests of the mountain since long before the dawn of the Christian era. With the coming of Christianity the myths and legends of the old Greeks were suppressed and forgotten, and the holy mountain was seldom visited. Today, weekend hikers and young travelers on the vagabond trail through Europe dash up and down the peak in a single day. It is certainly a beautiful place for such a hasty hike, yet to draw upon the real magic of Olympus one should come as a pilgrim and remain for a few quiet days in the woods. 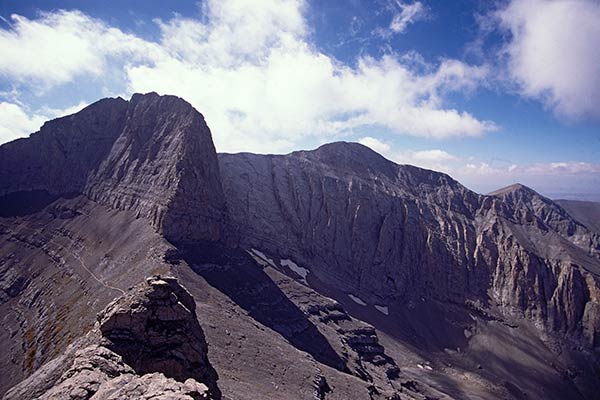 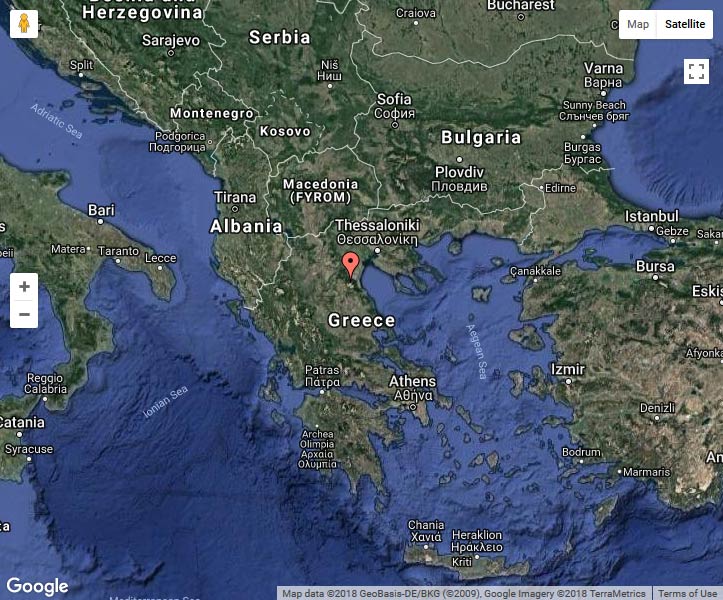